Each year, roughly 20,000 Americans are diagnosed with diffuse large B-cell lymphoma (DLBCL), an aggressive cancer of abnormal B-cells. Most people with DLBCL are cured with the standard chemotherapy regimen rituximab, cyclophosphamide, doxorubicin, vincristine, and prednisone (R-CHOP), but 30-40 percent of cases are resistant to chemotherapy for reasons that may be related to the way that genes are regulated within the cancer cells.

Prior WCM laboratory research demonstrated that certain genes within chemotherapy-resistant DLBCL cells are often inappropriately turned off and that long-term exposure to low doses of oral hypomethylating agent azacitidine (also known as CC-486) can turn those genes back on, thereby re-sensitizing the cells to chemotherapy.

Patients in the trial received CC-486 for seven days prior to R-CHOP initiation, then for 14 days prior to each of five following R-CHOP cycles. The research team found that the combination of CC-486 plus R-CHOP was safe and well tolerated, and that it produced a higher-than-anticipated complete response (CR) rate, or disappearance of signs of cancer, exceeding 85 percent. Dr. Cerchietti’s lab also identified key changes in genes and gene expression consistent with the anticipated CC-486 effect. Dr. Martin presented the team’s findings at the American Society of Hematology Annual Meeting and Exposition on December 9, 2017, in Atlanta, GA. 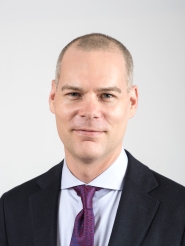 “We are at an exciting moment in time: CC-486 is emerging simultaneously with a peak in collaborative efforts between scientists, physicians and patients,” said Dr. Martin. “We are working day and night to move this concept forward, including the possible opening of randomized trials.”